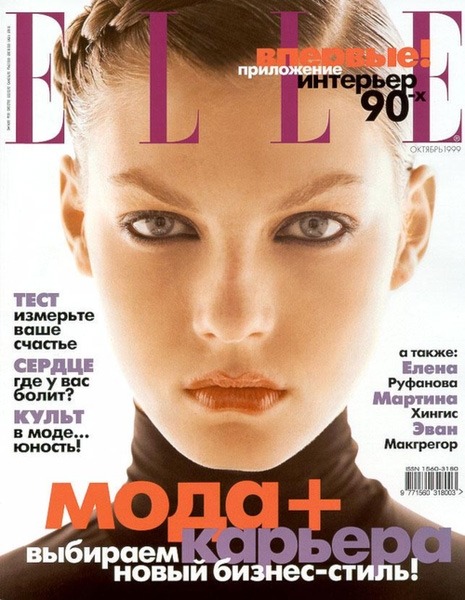 During the first week of January, instead of heading to the gym or peeling off the seal on an inaugural bottle of green juice, more people than ever, it seemed, opted to stay in and organize, take a bath, burn a smudge stick, or, simply breathe.
“I am just cleaning my room—trying to get the old energy out,” texted one Vogue.com editor on January 1, who wasn’t alone in her off-season spring-cleaning. The quest is to KonMari, or perhaps, less dogmatically, to declutter dominated to-do lists from Manhattan to Malibu.
When model Angela Lindvall wasn’t practicing calming left nostril breath work, she could be found going through “a bunch of stuff I had been ignoring for a long time. That physical clutter in our home stacks up and brings this emotional burden on us.” And the cleansing didn’t stop there. There was artist Mickalene Thomas wafting sage smoke in her living room during a Vogue.com video tour of her own home, and the Lenny Letter contributors publicly giving up their classic resolutions in favor of excising rage- or guilt-inducing activities from their lives. Which is to say that, in 2016, among the pledges to exercise and denouncements of caloric indulgences, another New Year’s health declaration has emerged: to clear out negative energy.
The theory that emotional residue can embed itself in a space—be it your living room or your body—and stifle it is no longer reserved for the patchouli-loving gypset. “You can be around someone with bad energy and pick up on that. You don’t need to be a healer,” says Kerrilynn Pamer, who, along with Cindy DiPrima, co-founded the West Village’s CAP Beauty boutique and spa to serve the growing masses searching for holistic routes to happiness via an approachable, inarguably pretty space (underlain with rose quartz for good vibrations, no less).
“I used to think of resolutions in a different way. But now people are taking on a word or shifting their intentions for the year. We’re so much more than just our body, or just our mind, or just our spirit. They all work together, and when they do, that’s when you feel really good. People are noticing that,” says Pamer.
According to New York City–based shaman Elizabeth Clemants, there are four approaches to unpack what she refers to as “shadow pieces” that weigh down your life through accumulated trauma or difficult experiences. The Marie Kondo–popularized act of decluttering is an effective means of physical clearing, as is Clemants’s favorite and most leisurely approach: a piping-hot Epsom salt and baking soda bath. “I do it myself three to four times a week. If I catch myself complaining or I’m depressed or anxious, the quickest most brainless way to sweat that out of the system is a bath.” Just as important are emotional, relational, and energetic means to removing shadow pieces to let more light shine, says Clemants.
A cathartic conversation with a friend where you cry, laugh, or express anger will serve as an emotional route to removing heavy energy from your system. So will closing the circle on draining relationships: Clemants suggests taking a six-month break from speaking to that not-so-ex boyfriend, or whittling down your phone calls to your parents to once a week to avoid being clouded by others’ opinions.
When it comes to energetic cleansing, movement (see: exercise) has long been a popular resolution for a reason. Around the Vogue offices, a brisk walk through nature, or along the Hudson River’s edge, is often a means of recalibrating mood. Lindvall looks to mood-boosting cardio whenever she’s feeling stuck. “People get bogged down by the idea of having to pack a bag and go to the gym—I’ve been putting on cheesy hip-hop music and dancing [at home], being a full-on dork, mixing in yoga moves and Taekwondo kicks. Moving your body is an ancient way to stimulate your cells and shake energy loose.”

Moving your body is an ancient way to stimulate your cells and shake energy loose.

Alternately, stillness can be just as useful. It’s no secret that meditation is a powerful means of harnessing emotional stability—the act of momentarily clearing out your thoughts, cultivating a calm mental and, thus, emotional state for longer and longer periods of time. “We’re all looking for the same thing: space,” says DiPrima. Making room in our apartments, minds, and bodies, “makes us vibrate at our fullest, highest potential.”
If seeking out a healer or circling a room clockwise with a flaming piece of palo santo once induced eye rolls, it’s now a recognized route to overall health.
“[We’ve become] so busy, and there’s so much stress,” says Lindvall. “We’re in an age where we’re often grasping at these external things to fulfill us, but people want to awaken to something more. Re-exploring ancient techniques is about an inward journey—trying to reconnect with that infinity inside of us. Some might call it the guru within or the soul.” And, according to Pamer, it doesn’t matter if the results can’t be so easily, empirically proven.
“My therapist told me that if it affects you and changes you, it works whether or not it ‘works.’ If you feel like something happened, it happened.” Even taking the time to practice Kundalini yoga poses or let a friend drop essential oils on her spine leaves Lindvall feeling more optimistic. And who is to argue? After all, she lives with a mantra we might all be better off for adopting: “Be responsible for the energy you bring into a space.” Now that sounds like a resolution worth keeping.