Angela Lindvall’s creative work lies at the intersection of style and substance. Throughout her career as a top model, actress, and fashion consultant, she has influenced the values of the industry through her personal commitment to ecology and spiritual growth, emerging as an advocate for environmental sustainability, personal and community wellness, and a holistic approach to life and style.

Though Angela is internationally known for her fashion career, her passion has always been in health, wellness, and sustainability. In 2011 she became a certified yoga teacher. In 2015 graduated from the Institute Of Integrative Nutrition, then in 2020 she became a certified Dual to support women in their journey into motherhood. For the past 20 years, Lindvall has been a devoted mother of two, and considers this her most important role in life promoting a holistic approach to healthy child development. She raised her sons in California’s Topanga Canyon, where she tended the land with them in order to teach them about the symbiosis between people and planet.

An early proponent of the increasingly popular concept of self-care, Angela launched Peace Begins In Me, and designed her property as an eco-sanctuary that hosted health and wellness gatherings. For Lindvall, well-being is a necessary global conversation: “Self-care implies not only caring for yourself physically and spiritually, it means taking care of the world we live in,” she says. “In that sense, self-care is probably the most important thing we can do for ourselves and for our planet.” In 2021 in the midst of the pandemic Angela took her work online with Peace Begins In Me.

Lindvall recently moved back to her roots outside of Kansas City, MO to to be near family and develop a regenerative farming vision on a 20 acre ranch. She hopes to bring the California "farm to table" approach to the midwest as well as engage her teaching and coaching skills in the community through yoga, events, and women circles. She is also a devoted mentor at Owl Hollow Farm working with children and horses thru equine therapy.

Her current projects include a role as creative collaborator in her ethical jewelry collection “Peace Begins In Me” for Article 22, crafted by Laotian artisans from landmine shrapnel into wearable art. 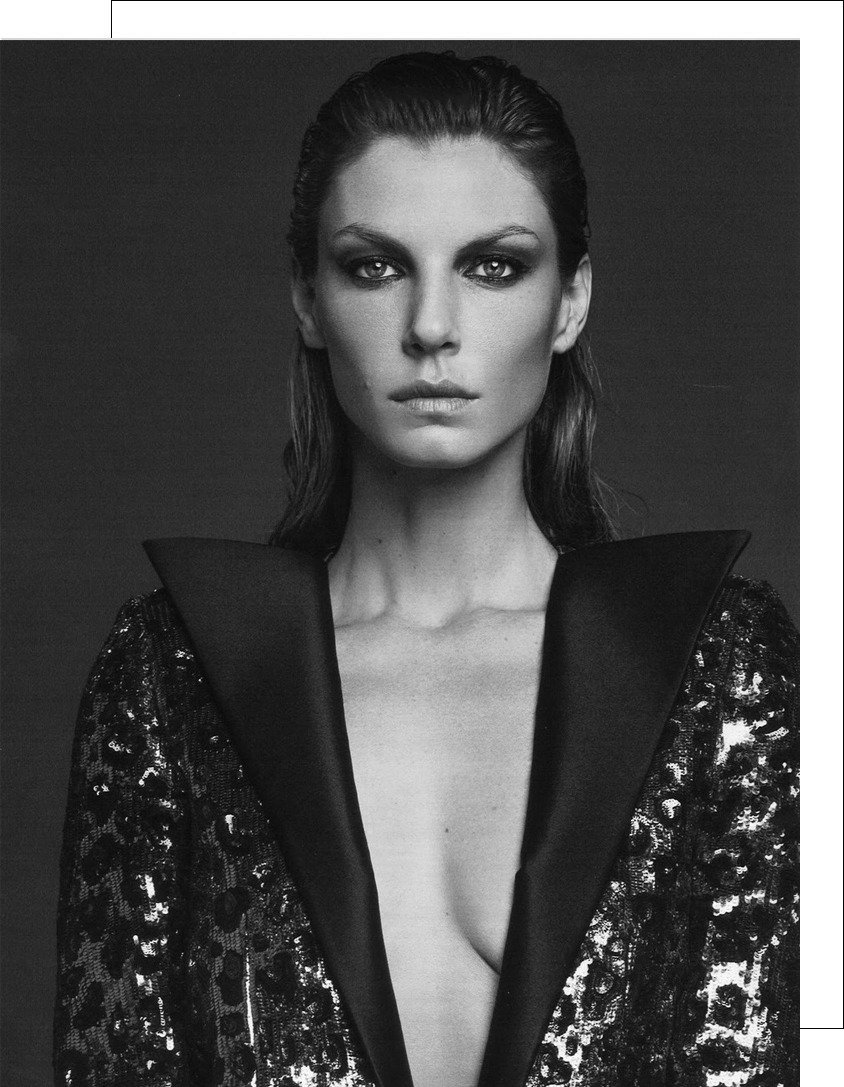 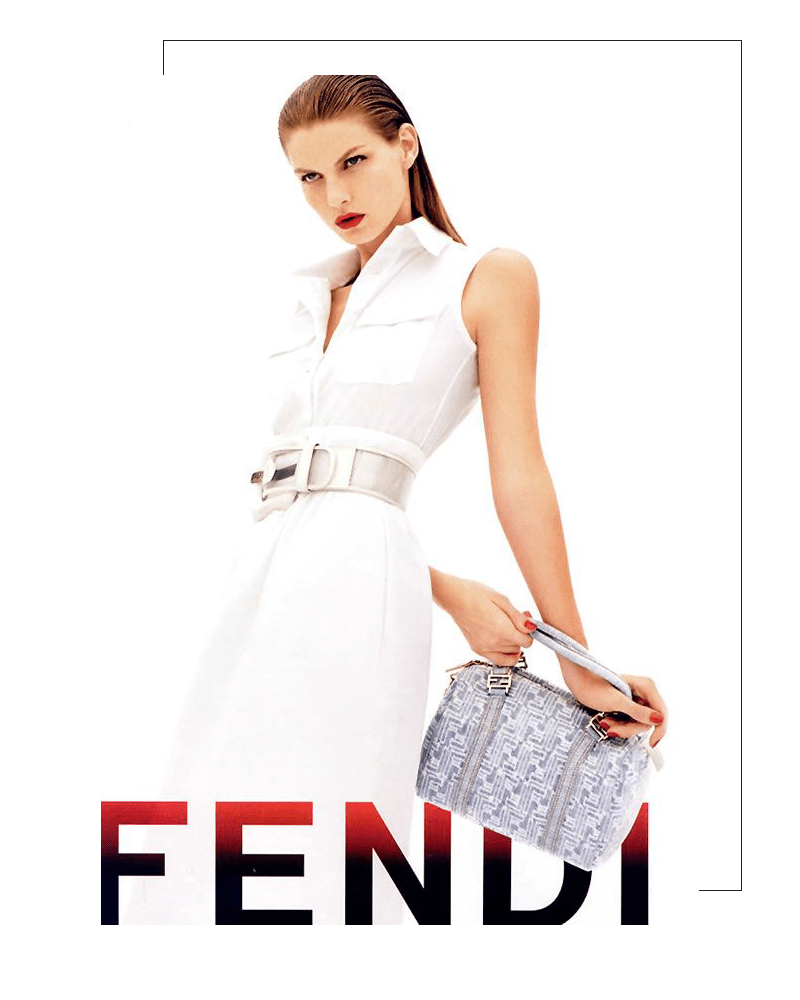 Discovered at the age of 15 by a scout while walking in a Kansas City fashion show, Lindvall soon became one of the world’s most enduringly sought-after models, appearing in major publications including national and international editions of Vogue, Elle, Harper’s Bazaar, W, Marie Claire, Nylon, L’Official, Madame Figaro, and Maxim, to name a few.

Known as a true chameleon, she has starred in almost every leading fashion brand’s advertising campaigns, including Prada, Chanel, Versace, Christian Dior, Valentino, Chloé, Gucci, Louis Vuitton,DKNY, Calvin Klein, and Stella McCartney. Lindvall was also known for her unique walk on the runway walking for every major brand in New York, London, Milan, and Paris. She was the face of Cover Girl from 2000-2003, was a regular presence at the Victoria’s Secret fashion show from 2000 to 2008, and graced the 2004 40th Anniversary Sports Illustrated Swimsuit Issue.

After Lindvall’s lead in CQ (directed by Roman Coppola, 2002), a world of oppertuntiy opened for an acting, but as a new mother, she choose not to persue it as a career. Though she did appear in cult movie Kiss Kiss, Bang Bang (Shane Black, 2005). In 2007, she co-hosted Alter Eco, one of Discovery Channel’s first Planet Green shows, with Adrian Grenier. She appeared in Sofia Coppola’s Somewhere in 2010, and in Roman Coppola’s film Charles Swan in 2012. Lindvall also hosted Lifetime’s Project Runway All Stars in 2012. 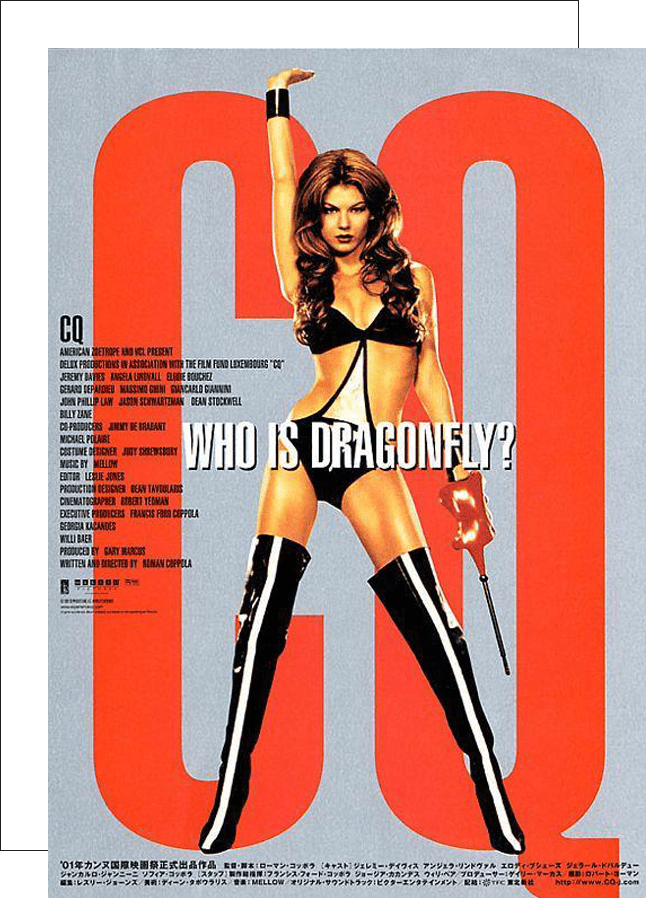 Self-care implies not only caring for yourself physically and spiritually, it means taking care of the world we live in. 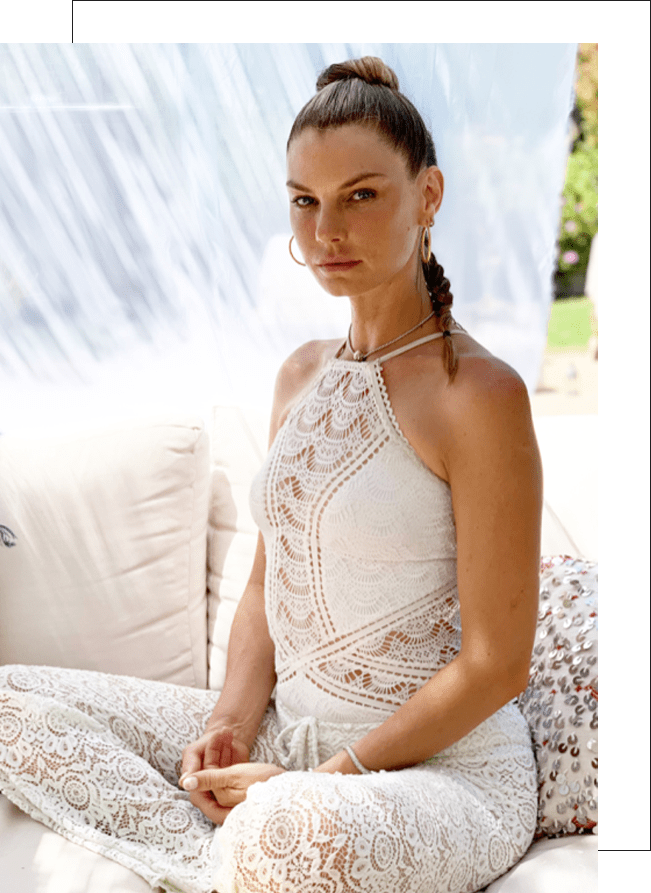 In 2005, Lindvall launched the pioneering non-profit initiative The Collage Foundation Inc, an educational entertainment platform advocating environmental awareness and positive change. Collage was pivotal in bringing the concept of “green” to the mainstream, and helped to create The Rockland Farm Alliance, a community-supported agriculture nonprofit just outside of New York City that continues to thrive today.

One of the earliest voices to call for more sustainable practices in the fashion industry, Lindvall was selected to host one of the first major “green fashion” shows during New York Fashion Week, 2007’s Be Eco Chic. She is also a founding board member of the Natural Resources Defense Council’s Clean by Design, an initiative to green the textile industry in China.

During a trip to Bali in 2008, Lindvall became acquainted with the luxury jewelry brand John Hardy. Amutual commitment to the environment led to a collaboration on charity bracelets made from recycled silver; proceeds of sales benefited the non-profit environmental group ForestEthics. Lindvall became the face of John Hardy from 2010-2011, and the relationship expanded into the eco-responsible Angela by John Hardy collection for QVC (2011).

That same year, Lindvall became the spokeswoman for Pure DKNY, a socially responsible fragrance. She traveled to Uganda to document the partnership with C.A.R.E International which created a savings and loans program for women through the harvesting of vanilla. “ It really gave me a first hand perspective of how we can do ethical business and positively affect the lives of others,” she says of the experience.

Among her hands-on adventures in sustainable development, Lindvall once completely restored a 95-foot tugboat to exacting ecological standards. It was docked on the Manhattan side of the Hudson River and was her home for two years.

For over 20 years, Angela was at the pinnacle of the modelling industry working with top brands and photographers.

Below are just some of the collaborations Angela was involved with. 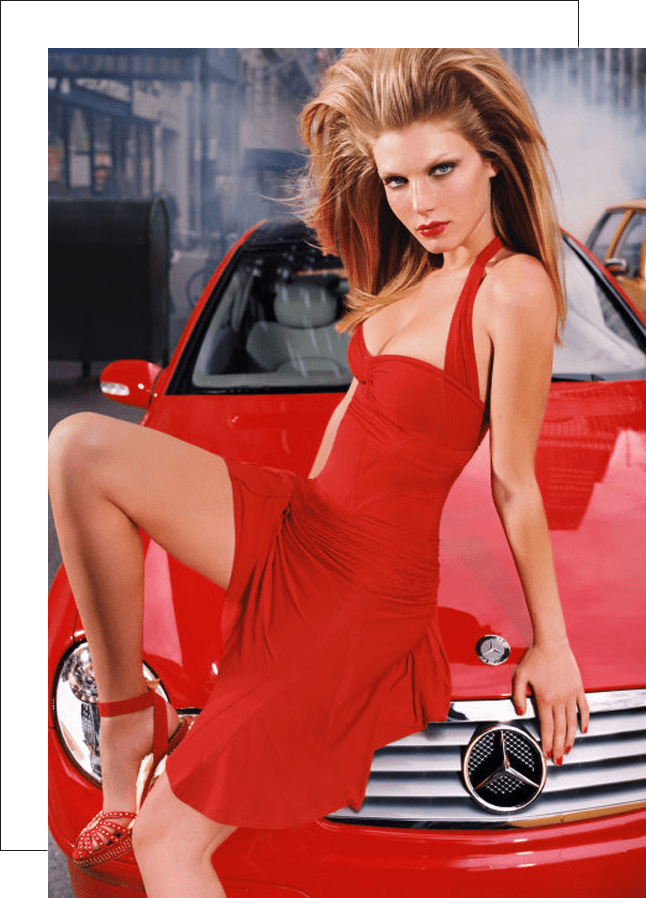 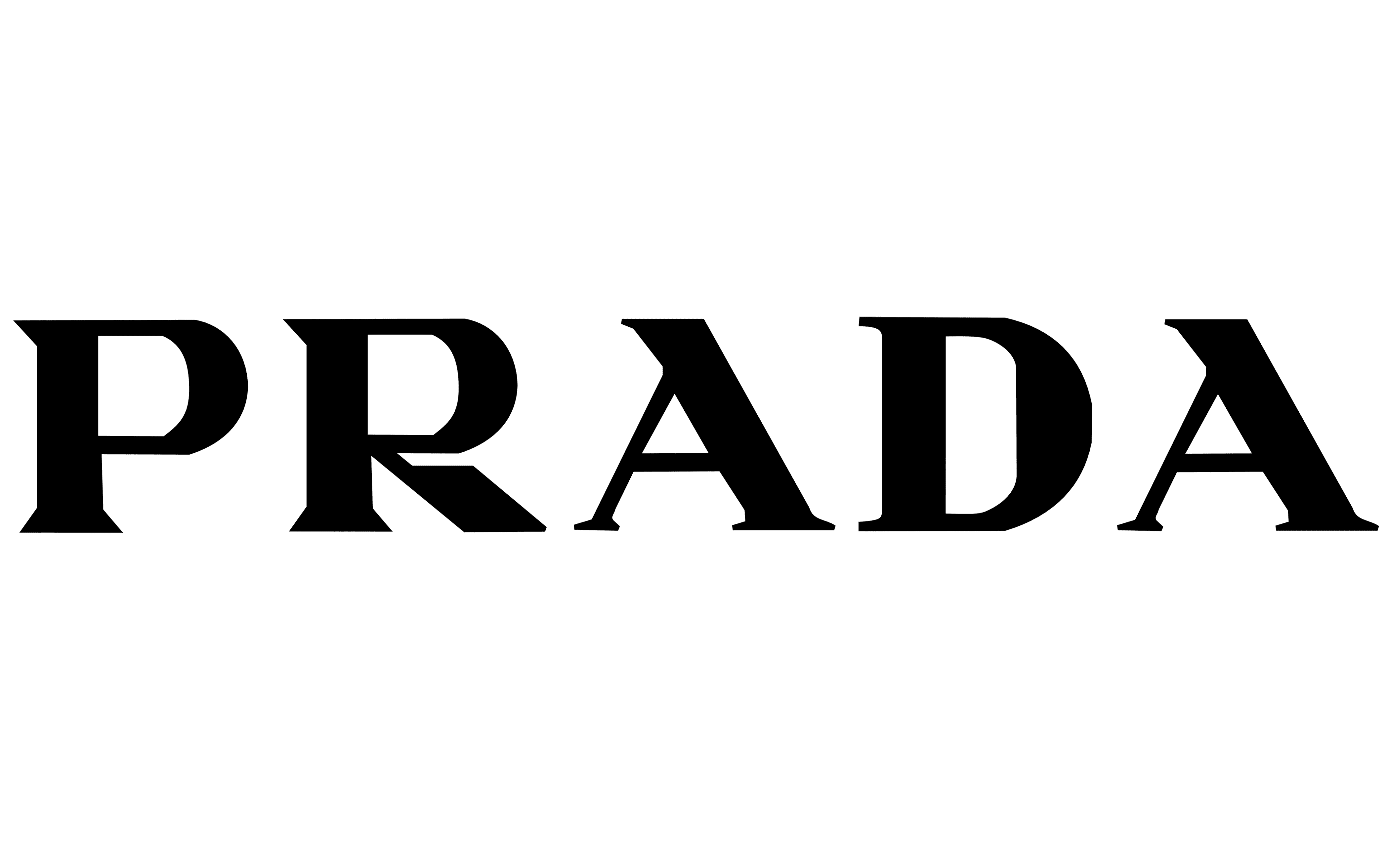 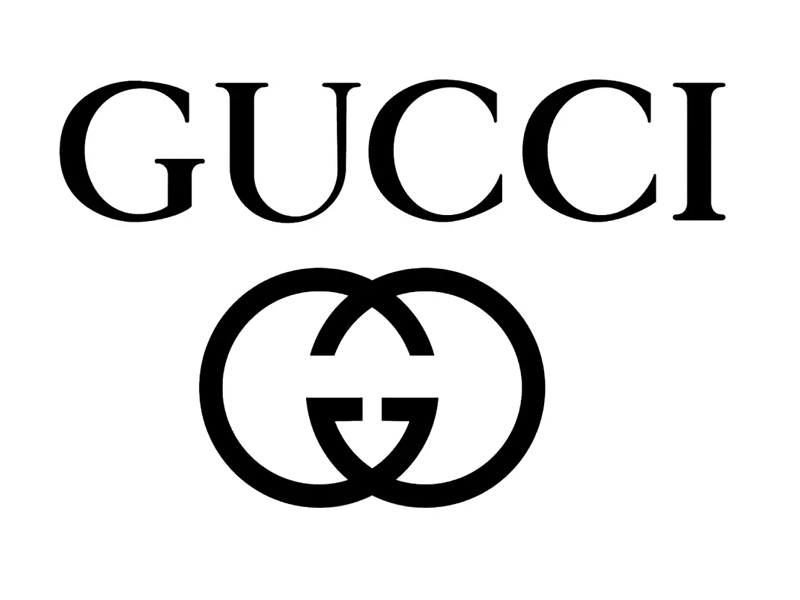 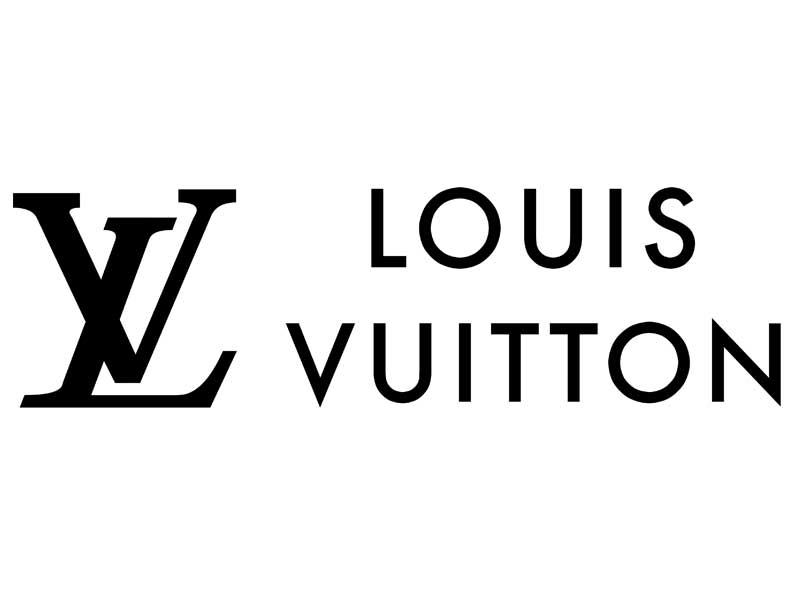 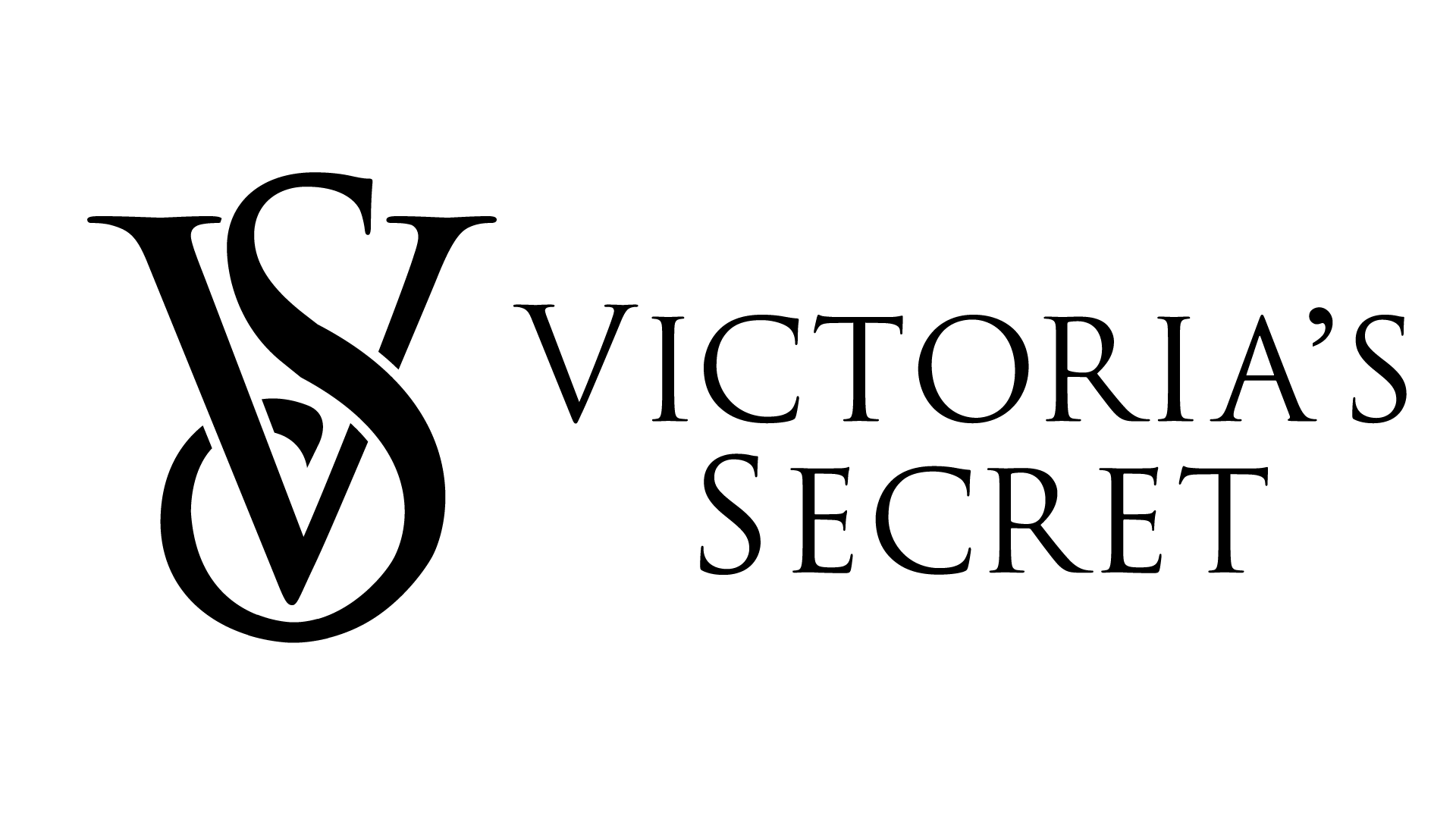 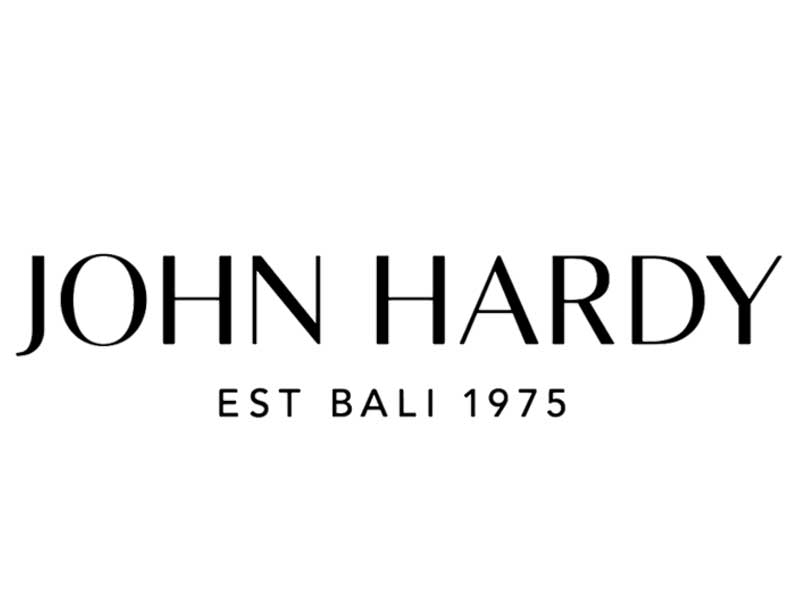 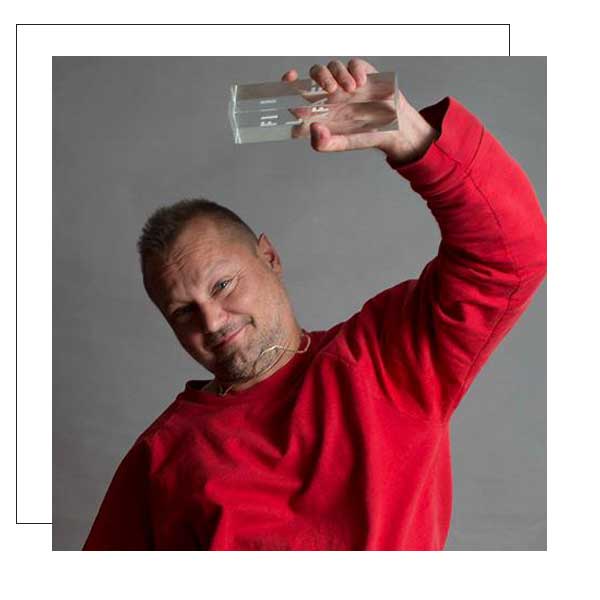 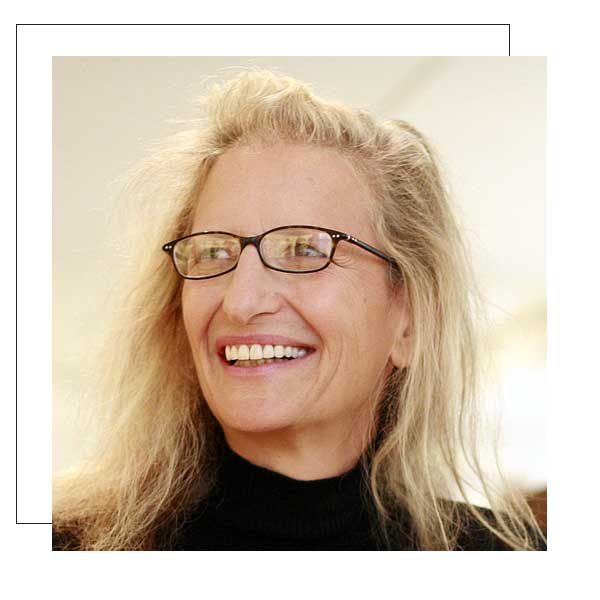 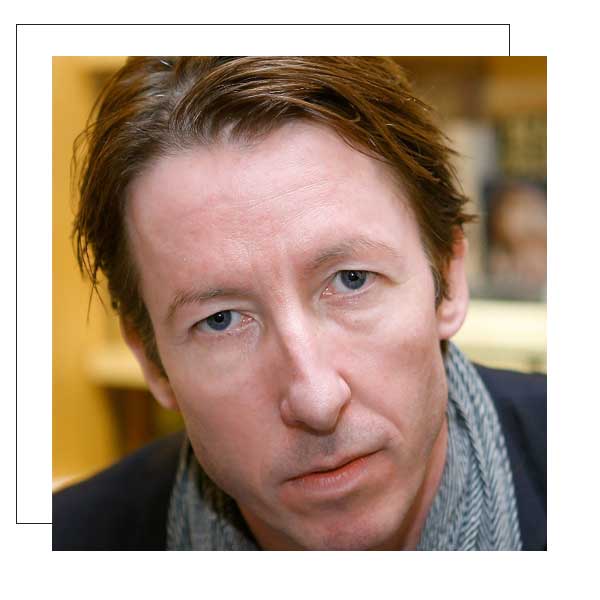 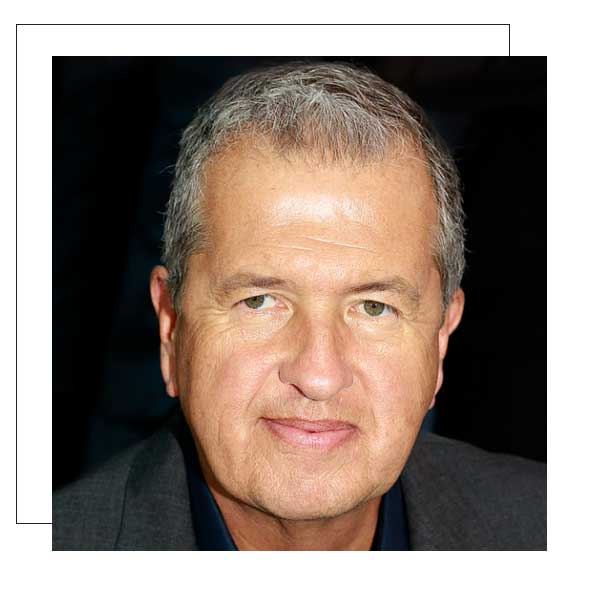 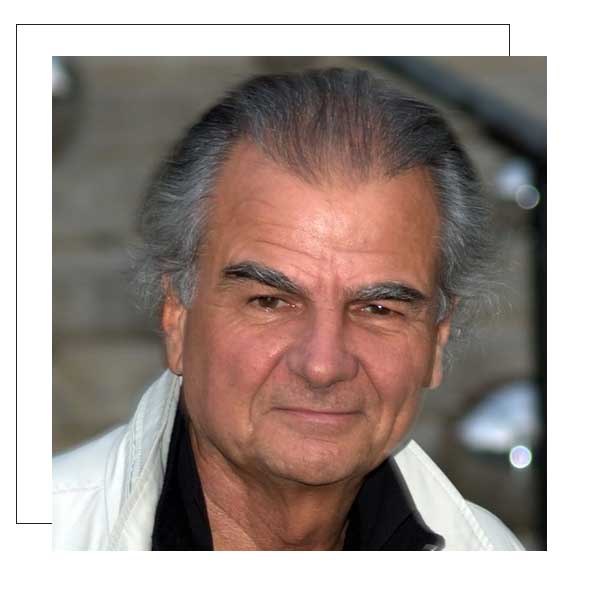 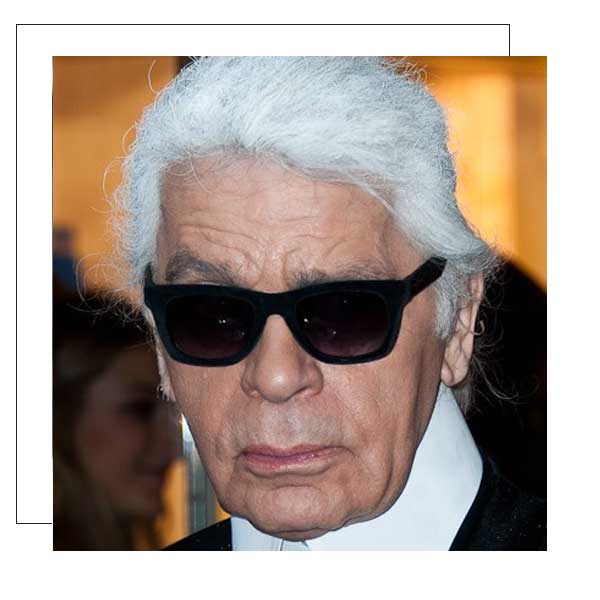 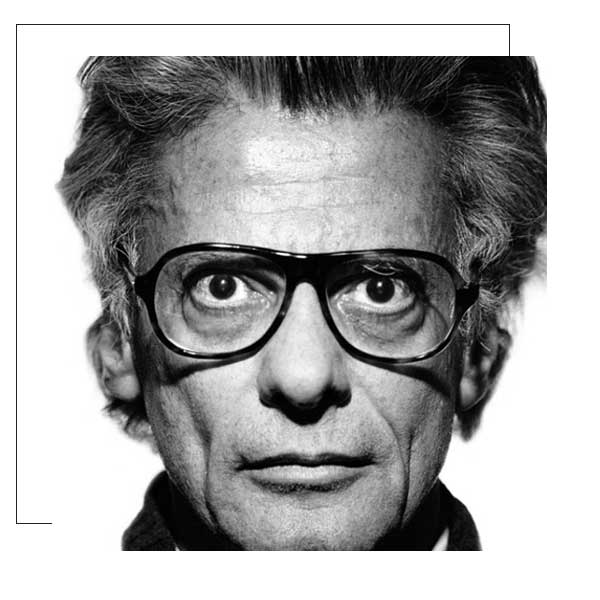 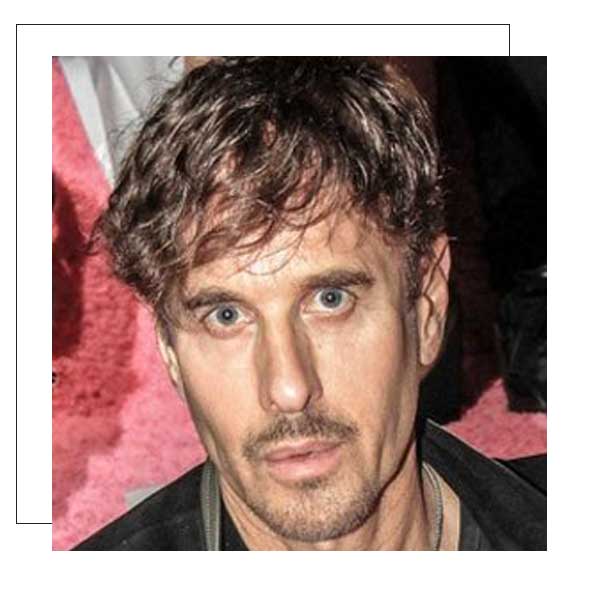 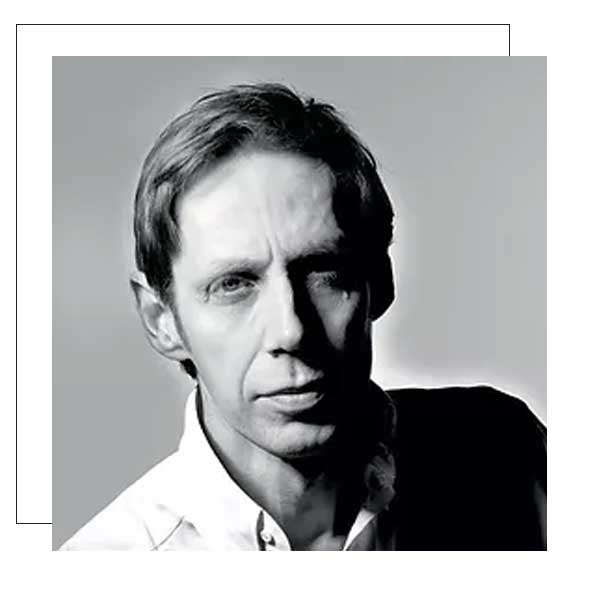 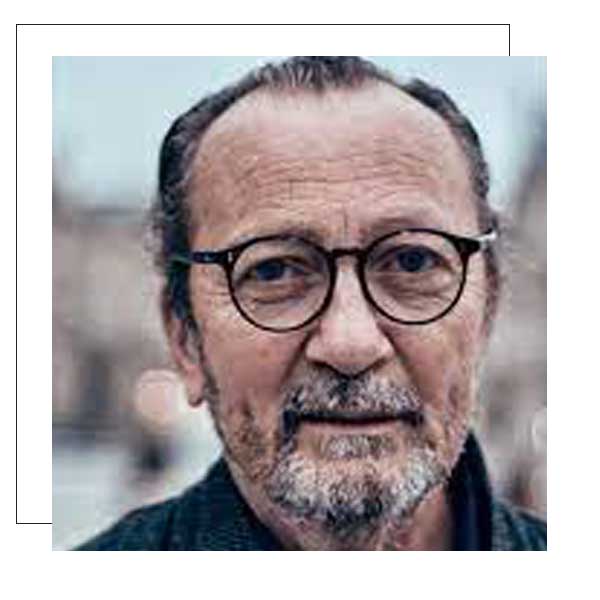 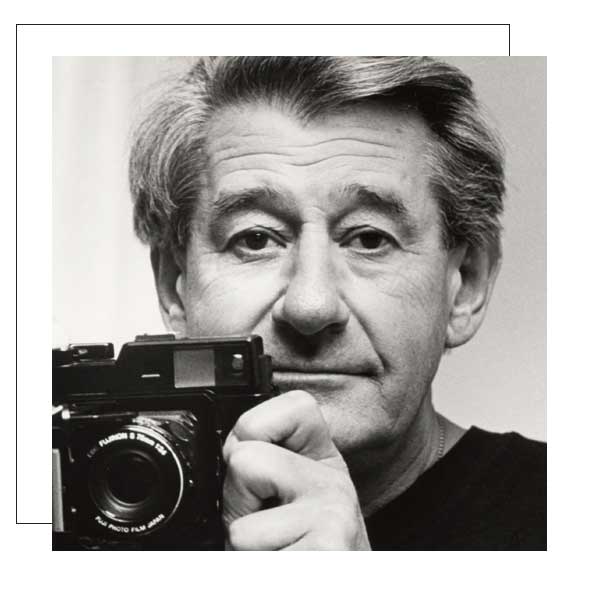 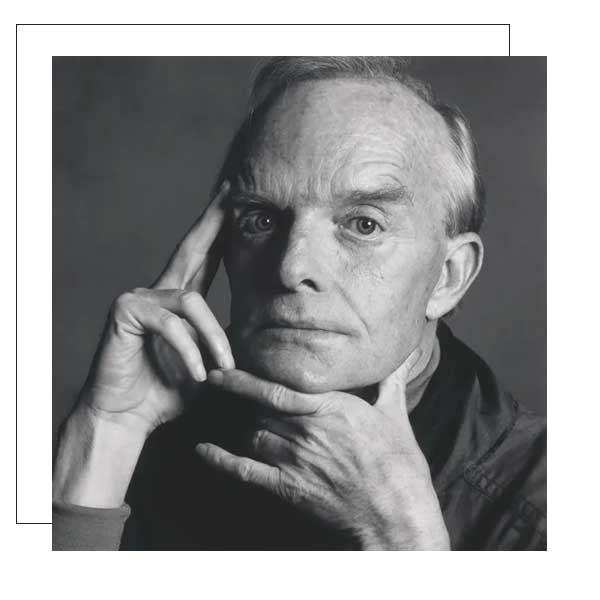 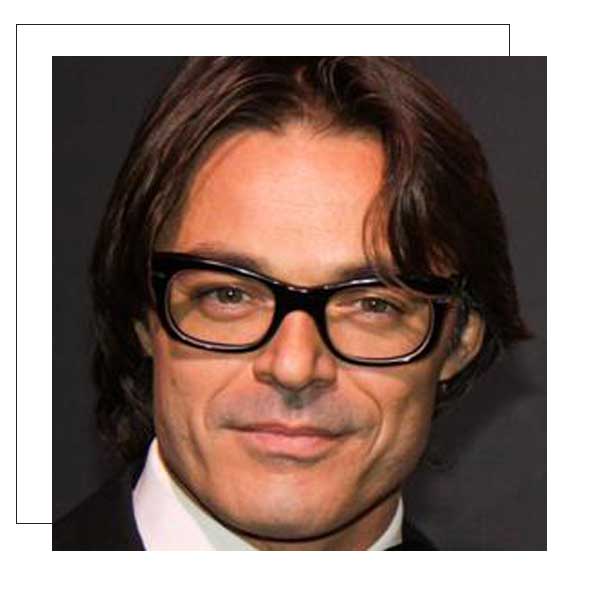 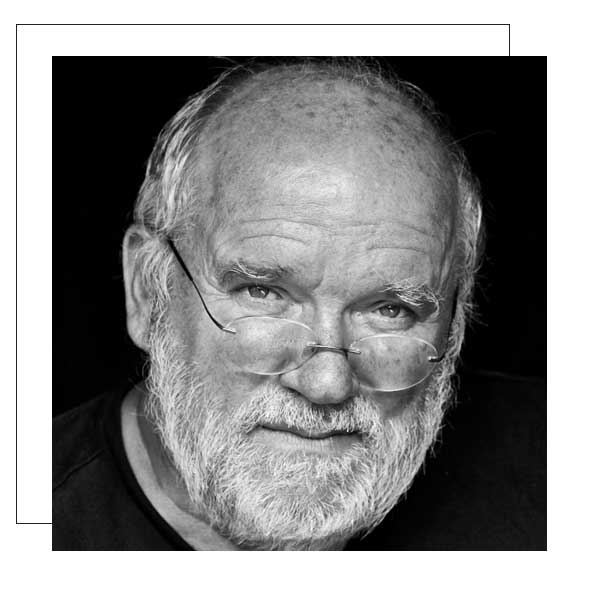 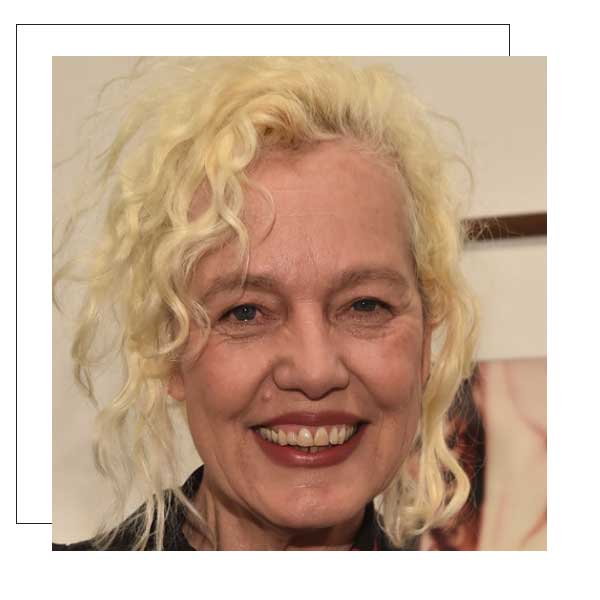 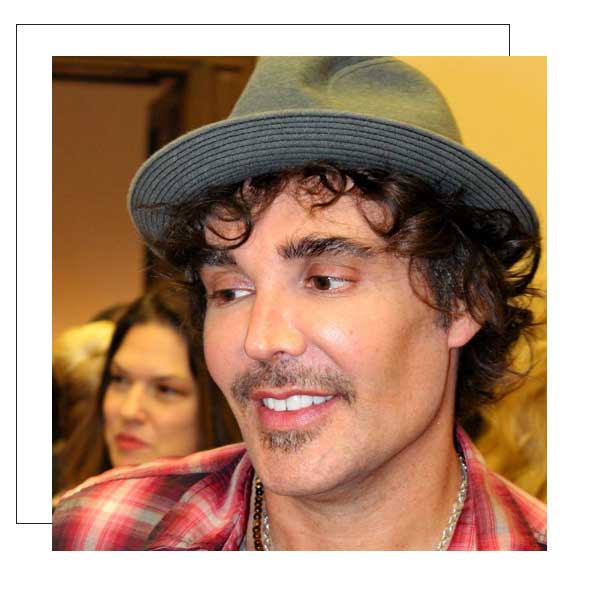 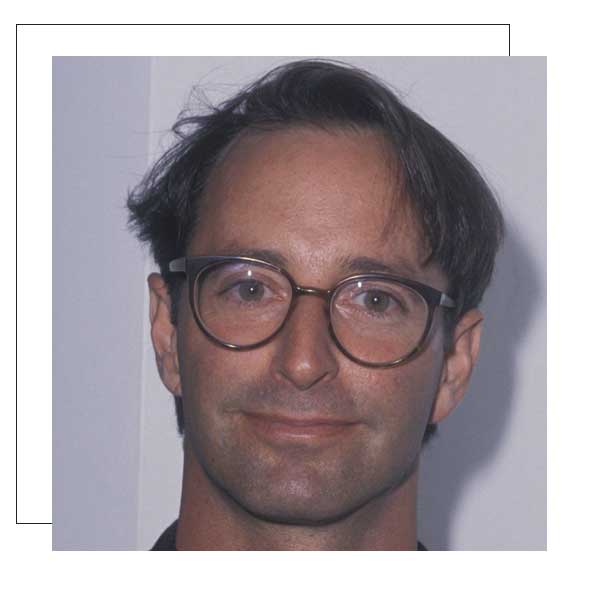 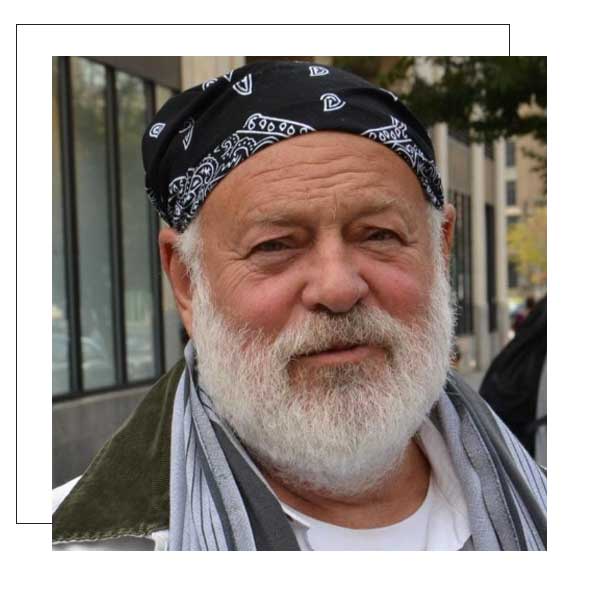