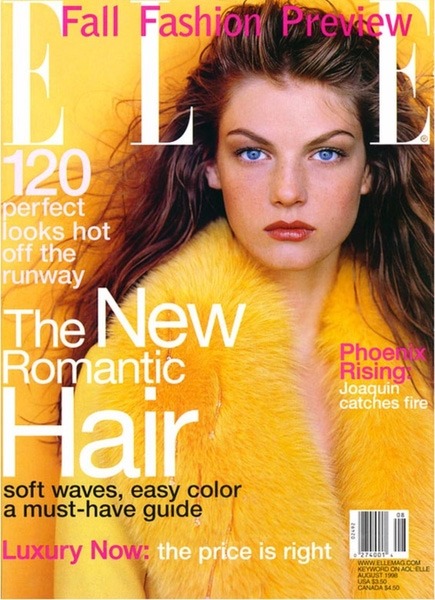 Raised in rural Kansas as a down-to-earth tomboy and subsequently skyrocketing to international fame as an acclaimed supermodel, Angela Lindvall is well-versed in dichotomies. She exists within multiple contradictory realms—an environmentalist and a figure within the fashion industry, mindful by nature yet enjoys the occasional indulgence. However, the contrasting elements of her life make her particular breed of activism all the more approachable. When she isn’t working to support indigenous cultures and help clear up landmines in Laos, she is investing in her self-care. Kundalini yoga, motherhood, and a deep vessel of self-love are buoys that keep her thriving as she delves into environmental work that can often be taxing.
In the following feature, Lindvall reveals the intimate details of her journey to today. From the first moment she felt a sense of urgency to generate action to her realization that her actions must be even-keeled and balanced, Lindvall speaks with strength and brevity. Passion is king and Angela is nothing short of royalty as she invites us into her world.
Since you began modeling, how has your relationship with fashion and the industry evolved?
In the beginning, I knew nothing about fashion nor did I have any desire to be a part of it. Once I got involved into the industry, my career happened pretty fast. I began learning a lot and there were certain aspects that were amazing – like working in a creative circle of people and creating imagery. I feel like fashion collects a lot of outcasts and brings them together, so I really enjoyed that. There were also certain challenges because as a young girl, you’re valued for your external appearances.
Living in Topanga Canyon, raising my kids, and doing kundalini yoga, I’ve realized that it’s our internal radiance that is our true beauty. It’s been an evolution but at the same time I love celebrating the career and opportunities that I’ve had in working with some of the most creative people out there. All in all, it’s a positive relationship.

“I feel like my whole life has been a strange dichotomy of contradictions. Being this nature tomboy going into fashion and becoming a supermodel was a contradiction and then being a model in the fashion industry and also being an environmentalist felt like a huge contradiction.”

What role does fashion have in your life?
It’s really awesome to have created a voice in the world of fashion that I can use to express things that I care about and possibly have a positive influence on others. Over the last few years I’ve had the opportunity to work with friends that are more in alignment with things I’m passionate about, be it sustainability or a positive representation of women. I’ve done a lot of different things, like collaborating with John Hardy on a line of recycled silver jewelry and working with DNKY on their Pure DKNY line which works with women in Uganda and the social issues behind that. I’m currently working with a company called VOZ who is all about supporting indigenous cultures, and with another company called Article 22 that is clearing up the landmines Laos.
All those projects are remarkable. Until recently, I had no idea about the very real threat that those landmines still have on children and farmers in Laos today.
I didn’t either until I discovered this company and was really moved by what they are doing. At the current moment, the collaboration is still in its very beginning stages, but timing couldn’t be more perfect. It’s the 20th year anniversary of Princess Diana’s passing, who prioritized the issues of AIDs and landmines left behind due to the war.